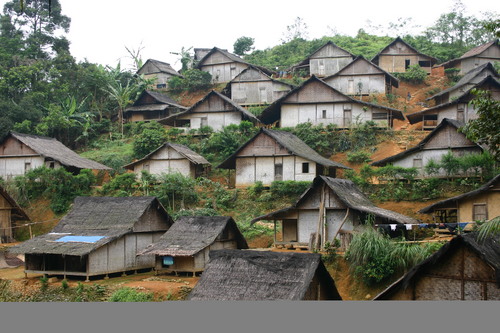 baduy ethnic is a group of sunda culture society in lebak regency, Banten. Their population about 5.000 until 8.000 people. And they close their culture from he Baduy (or Badui), who call themselves Kanekes, are a traditional Sundanese community living in the western part of theIndonesian province of Banten, near Rangkasbitung. centered in the Kendeng mountains at an elevation of 300–500 meters (975′-1,625′) above sea level.

The Baduy are divided into two sub-groups; the Baduy Dalam (Inner Baduy), and the Baduy Luar (Outer Baduy). No foreigners were allowed to meet the Inner Baduy, though the Outer Baduy do foster some limited contacts with the outside world.

Some people believe that the Baduy are the descendants of the aristocracy of the Sunda Kingdom of Pajajaran who lived near Batutulis in the hills around Bogor but there is no strong evidence to support this belief yet; their domestic architecture follows most closely the traditional Sundanese architecture. Pakuwan Pajajaran port known as Sunda Kelapa, was destroyed by invading Faletehan (Fatahillah) Muslim soldiers in 1579, Dayeuh Pakuan the capital of Pajajaran, was invaded by Banten Sultanate some time later. Another theory suggests that they originate in northern Banten; pockets of people in the northern hills still speak the archaic dialect of Sunda that the Baduy use.

Formal education for the children of Baduy is against their traditional customs. They reject government proposal to build educational facilities in the villages. Even today, despite the ways that Suharto tried to force them to change their lives and build modern schools in their territory, the Baduy still strongly opposed the government. As a result, very few Baduy are able to read or write.

(schedule can be changed due to whether, traffic jam etc )